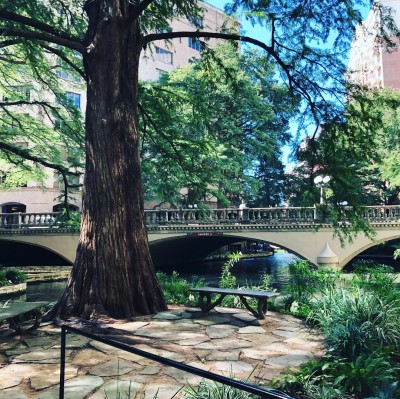 In October 2018, we had the opportunity to visit San Antonio Texas for a long weekend to attend a conference.  Having never been to Texas but having the goal to visit all 50 states, we jumped on the chance to experience a new city and part of the country… even if we really weren’t sure how much there was to do.

As with any trip, Rabbit did some pre-trip research and video watching to get an idea of what was going to be on our “must do” list.  Not surprisingly, number one was the Riverwalk, followed by visiting the Alamo, and a couple of cute shopping areas in town.  We searched online to find a hotel we liked that was situated on the Riverwalk to make sure that we would have easy access to what seemed like the heart of town.  In the end, we chose the Hotel Contessa, and were quite pleased with it’s location, the amenities (we even enjoyed the rooftop pool area!), and service.

I am not sure if it was the time of year we visited… or if San Antonio is always a bit more sleepy than cities on the east coast… but we were a bit caught off guard at how demure the city seemed.  We spent a day walking the city and touring the streets and were very surprised to find hardly anyone else out and about.

Thankfully, the Riverwalk provided plenty of restaurant options, and some beautiful scenery. We even met some of the city dwelling wildlife; the San Antonio river boasts a good population of catfish and others- waiting to get a splash of crumbs from diners along the Riverwalk. We were a bit taken aback initially by the size, number, and activity level of the fish, but became a little fascinated by them in the end. You can tell that the fish have become one of the favorite attractions – and they enjoy the spotlight! 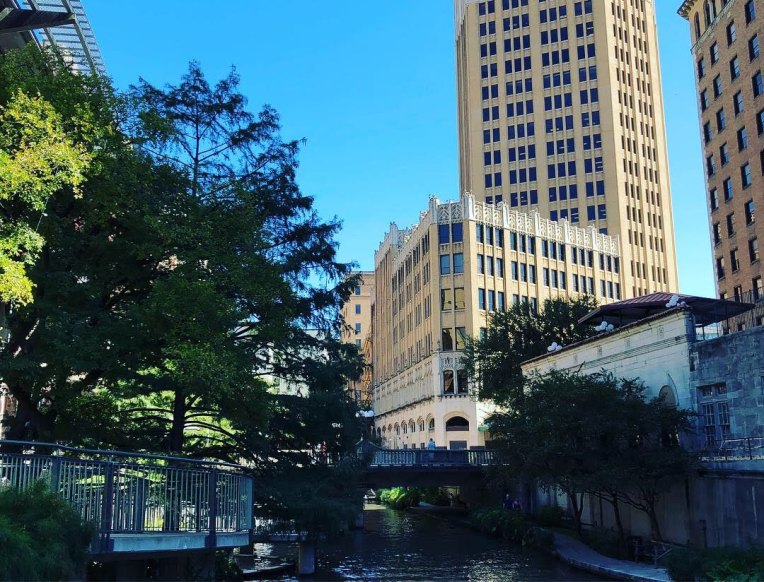 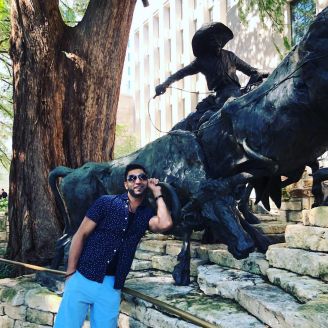 The Riverwalk also provides some great scenery- we enjoyed stumbling upon statues, alcoves, artwork, and beautifully landscaped pathways as we strolled through.  It was a great alternative to walking a typical city street, and provided a relaxed, romantic pathway.  Rambling through the city center, the Riverwalk is a great way to walk the city – there are many hotels along the route which also offers direct access to the conference center for attendees and the Tower of the Americas for sightseers.  There are ongoing guided boat tours for those looking for a way to enjoy the sites from a more relaxed vantage point – and seemed to be a popular way to go, even when crowds were low.

We made it a point to visit the Alamo- one of the most famous historical sites in the state.  It was interesting to see the site – which is situated in the middle of the city- walk the grounds, and get an inside look of the building itself.  Despite being in the center of the city, you get the sense that you are walking on hallowed ground. We chose not to take a guided tour, but still enjoyed our time there.  It’s a definite must-see. 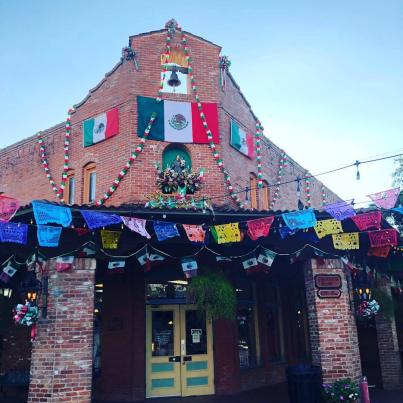 Wandering the streets, we stumbled upon a few different shopping areas with local shoppes, eateries, and plenty of Texan souvenirs.  One of the best things we ate while in town was a lucky find at a very picturesque restaurant in one of the shopping areas- mini-empanadas with a green sauce that I’m still dreaming about a year and a half later!

Overall, the city of San Antonio provided one of our most relaxed trips.  The area is beautiful, the city is clean and friendly… but if you’re looking for a high level of excitement, this is likely not the city for you (unless we missed something!).  I’m curious what it is like during other times of the year, but I have a feeling that the city thrives on being a conference center; there is just enough to see during downtime for those who are in town attending conferences or attending to other business… and not much else. That being said, I wouldn’t say no to a stroll down Riverwalk right now!

View all posts by gabbyandrabbit

I want to see…